The Future of the Mac mini. 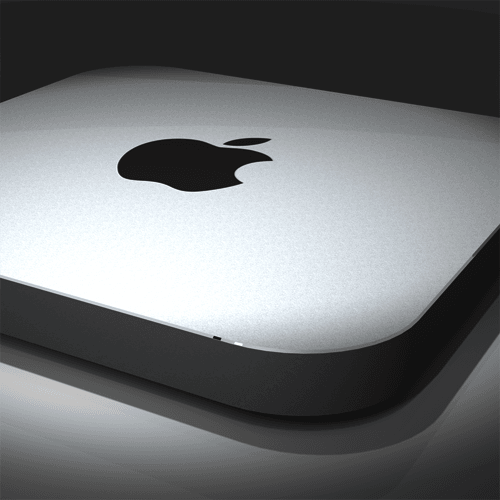 A new year will soon be upon us. Mac Mini Vault is nearing it’s second anniversary of launching a great colocation service for Mac minis. Within a matter of months our built-out capacity will exceed the ability to host 500 Mac minis in our Data Center. Our resources allow us to host nearly an unlimited number of Mac minis, this capacity number is for live wired slots. Mac Mini Vault wasn’t the first to place a Mac mini in a Data Center, but we are one of the largest installations of 2010-2012 Mac minis. Our cabinets specifically are geared to house the latest generations of the Mac mini. We have a great fondness for the form factor and engineering of the Mac mini. Instead of reflecting on the past we’d like to take a moment and imagine what the next year or two could hold.

Walking into an Apple store today is quite different than it was in 2010 when the Mac mini was last redesigned. If you look at the trend of the last two years, there are a few key aspects that Apple has excelled in. Thouse could be applied to the next generation Mac mini.

Only five Apple devices remain that include a spinning HDD storage drive. The Mac mini, iMac, and Time Capsule are relevant examples of this. The non-retina MacBook Pro and the Mac Pro are nearly on the endangered species list. For the rest of this article we are going off the assumption that non-retina MacBook Pro’s will be phased out as well as the Mac Pro unless a completely new model arrives in 2013. Out of those three most current examples, only two of them are actually computers.

The announcement of the fusion drive option bridges the gap for desktop users who’s storage needs prevented them from going to 100% flash storage.

The Mac mini and the iMac are the only two computers from Apple where a memory upgrade is possible (as well as the outdated Mac Pro). Only with the Mac mini is the upgrade effortless and encouraged. Plummeting costs only accelerate the trend of Apple soldering memory directly to the logic boards.

The 2012 Mac mini would be the most user-upgradeable Mac available if the Mac Pro falls off the map in 2013. With more Apple devices using flash storage and integrated memory it is feasible that the Mac mini and iMac would join in.

What if the next Mac mini introduces an all new design? Lowering the power consumption and slightly shrinking the internal power supply would allow for a much thinner and sleeker Mac mini. Integrating the memory and using a MacBook style flash storage drive could nearly halve the height of the current Mac mini. There should even be enough space for a single traditional 1TB or 2TB HDD drive. The HDD would allow for the continuation of some form of a ‘Server’ model as well as a fusion drive option for a mid-range model.

Removing ports would also allow for an overall smaller form factor. Firewire can be removed allowing for a pair of Thunderbolt and USB 3.0 ports.

The thought is exciting for us as it would open up other opportunities in the arrangement of our cabinets. It also goes to show how great of a machine the current Mac mini is. In no other product would you find that level concentration of power and capacity.

If we designed the next Mac mini, we’d incorporate the queues of the latest Apple products. The top edge would have a chamfer with an integrated IR port and LED indicator. We’d reduce the height of the machine at least by 0.75″. We’d re-arrange the ports as mentioned before. There would be room for a MacBook style SSD card and a single hard drive.

This is what we think the future of the Mac mini looks like:

Disclosures: In no way, shape, or form is any of the information on this page a rumor or hint of any inside information. This is just fun food for thought put together by fans of the Mac mini. If you use republish our renderings please credit us as a source.
ShareTweet